With the storyboard approved, I was anxious and able to get to work on the actual production artwork.  First I created detailed "tight" pencil drawings of all the elements--backgrounds, props, Santa--everything except one view of the client's product, a beer fermenter that was to be the showpiece of the last scene.  This would be created from a photograph provided by the company.

Here are a few of the drawings: 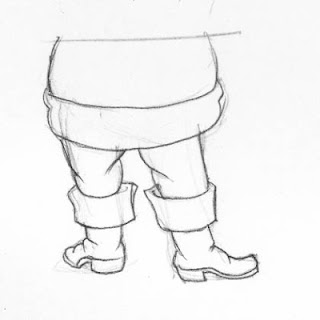 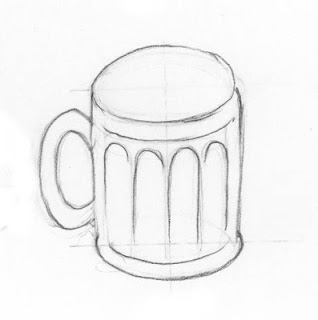 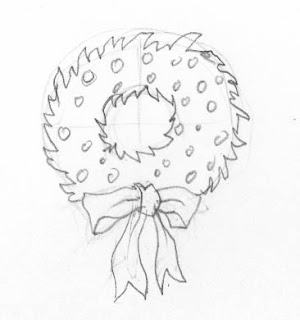 These were all scanned and imported to Animate Pro, each on its own layer, ready for tracing and color.

Finally, there was the fermenter, a shiny stainless steel tank on a stand, with valves and pipes.  Though I had good color photos of this, I felt that the lighting depicted was not right for the setting, so in Photoshop I stripped out all the color, made it into a high-contrast black-and white-image, and then deleted all but the most essential linear elements.  This is what I then imported into Animate Pro:
From now I would be doing everything entirely in Animate Pro.  After inking everthing in black with a thin but variable brush, I then filled all the forms with temporary colors, using a palette limited to just six values of blue-gray.  This was partly to establish my value range and partly to prove that all the inking gaps were closed.

Next: Color and Movement, and the Finished Movie
Posted by Jim Bradrick at 1:44 PM