Here is the whole storyboard, panel by panel: 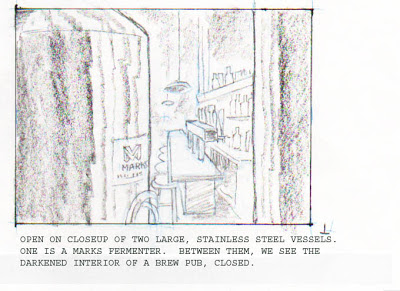 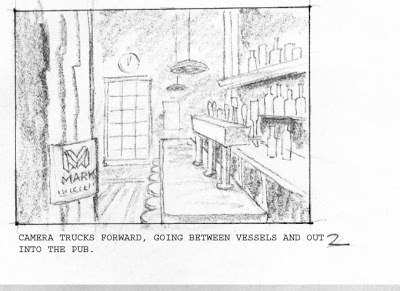 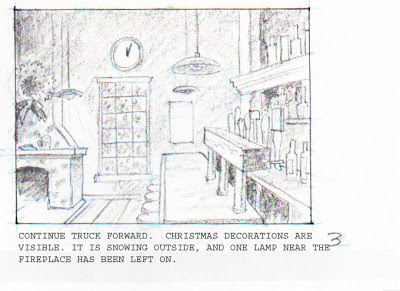 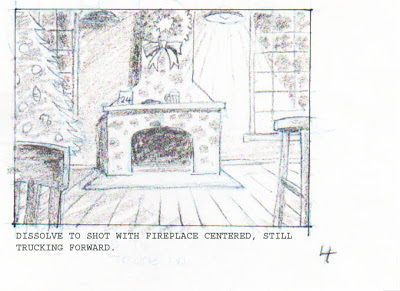 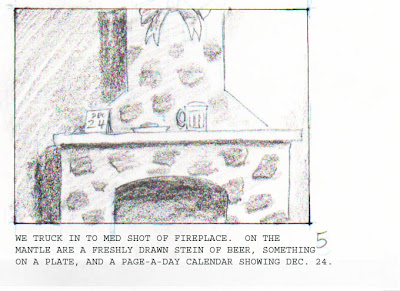 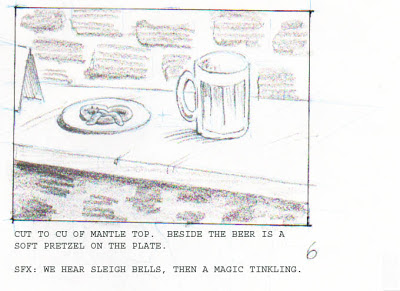 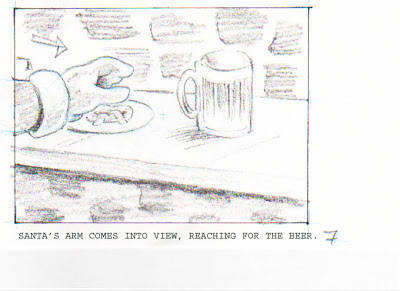 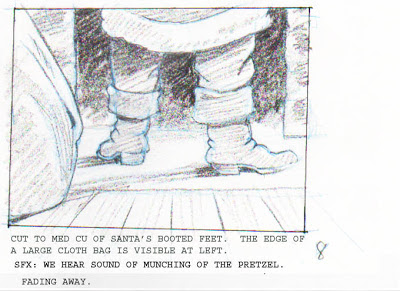 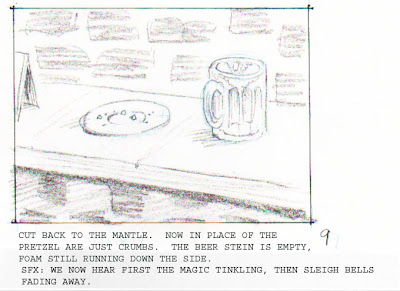 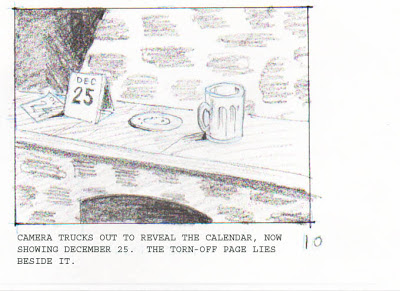 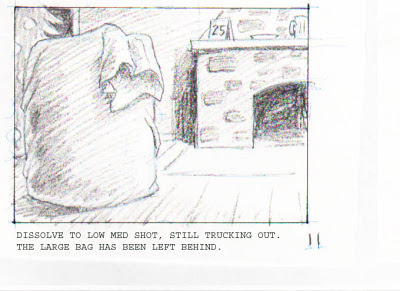 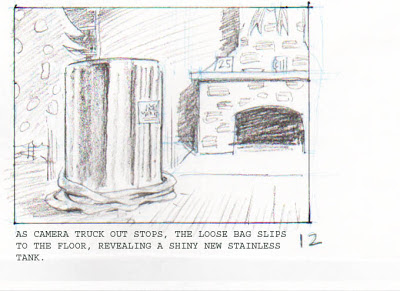 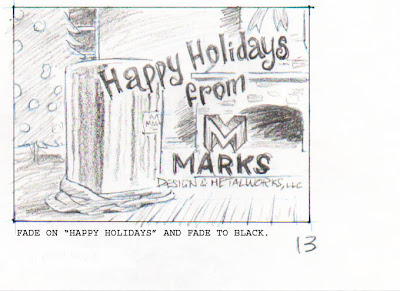 This storyboard was accepted enthusiastically by the client, with only two changes requested:  they wanted to start with an exterior shot of the brewpub--really, more of a large brewery--and to have a greeting card placed on the fireplace mantle.

My partner, Don, did a color comp of the exterior: 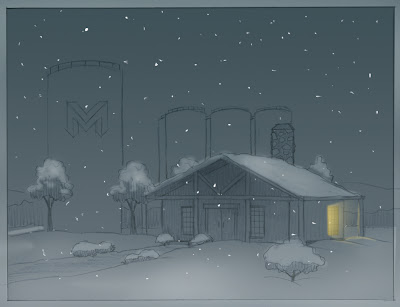 By now it was December 11, so we asked for a few days extension and they agreed to delivery on the 19th.  But now I had the green light to go ahead; I had to take all the elements from the storyboard and put them into a form that would work in Animate Pro.


Let's now evaluate what was required to get this little production out the door:

A--Background Art
One highly detailed view of the bar and taproom.  This was conceived in one-point perspective so that the back wall would work both with the wide taproom shot and also with the medium to close shot of the fireplace.

Another detailed background had been added: the opening exterior shot.

A closeup shot of the fireplace mantle, fairly simple.

B-Complex Props and Objects
This includes several shots of the client's tanks and other projects, with accurate logos.  Some logos would be hand-drawn, some taken from photos.  The beauty shot of the fermenter that is revealed when the bag falls open was a photo manipulated into line art in Photoshop, then further rendered and colored in Animate Pro.  This was the most critical and complicated element to do.

C-Simple Props and Objects
This category is comprised of all the mugs, plates, pretzels, the legs and arm of Santa, the wreath and the Christmas tree.

D-Animation
Aside from the snow falling, which was done with an automated process in Adobe After Effects, there were only three elements to animate: the beer foam sliding down the glass, Santa's arm reaching in, and the bag falling to the floor.  Only the bag would require multiple drawings.

E-Camera Moves
To be done in Animate Pro.

F-Post Production
Includes FX such as dissolves and fades, SFX like sleigh bells and munching,  and music.  The end title card also ended up as a post production item .  Don was in charge of all this, but he couldn't start until I did my part.


Next: Getting the Art Into Toon Boom
Posted by Jim Bradrick at 10:32 AM