No. 84, Adventures in Character Design, Part 2: Promotion from Within

In my last post on this subject (No. 82) I speculated that I might find the character I needed among the existing incidental characters in my storyboard of the original concept.

As I looked the drawings over, there was one in particular that I was attracted to. It was a frontal view of an old man, seated and holding his wife's hand.

He was intended just as an extra, to be sitting in a row of airport chairs as my former protagonist moved past.  Unlike his wife, he was not even intended to be animated.  But as I looked at him I thought, what could be funnier as the bearer of an immensely heavy suitcase than a frail-looking old man?

Trying him from different angles showed his potential to move in 3 dimensions and allowed me to work out his body and head shapes and proportions. 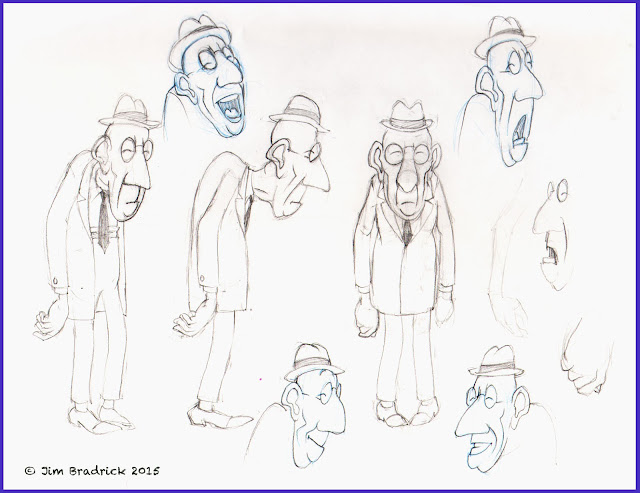 In particular I needed to work out how he would look dragging his heavy suitcase by a thin length of rope. 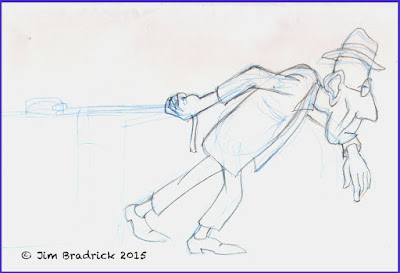 Next we'll take a close look at what design changes can take place on a single sheet of paper--changes that are important to the character design process yet are unseen and forgotten steps to the final design.