This week saw the passing of the great animator and designer Frédéric Back.  German by birth, he became a naturalized Canadian and resided in Montreal, where he created a number of short personal films under the aegis of Société Radio Canada.  (I had previously written that he did his work for the National Film Board of Canada, but in fact he never did.)

I first became familiar with his work in the 1970s, but at his death I realized I had seen only two of his nine films: The Man Who Planted Trees and Crac! Yet those two were enough proof for me of his excellence as a maker of 2D animated films. 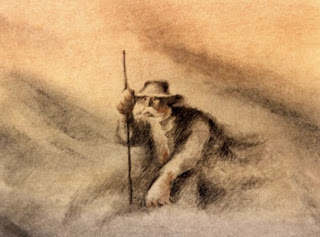 The Man Who Planted Trees is based on a true story and also reflects Back's own personal life experience as a conservationist and arborist. 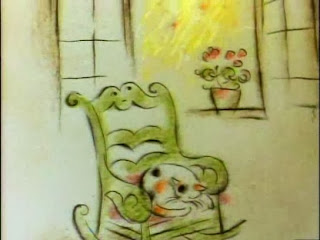 Crac! is a Quebecan family history told around the image of a hand-made rocking chair that becomes a family heirloom.

Both films are magical journeys full of music and transient animated imagery.  And always, the drawing is there, never hidden or disguised; one is invited to enjoy it as drawing even as it moves and transforms as cinema, as storytelling.  Back's films are 2D drawn animation at its best.

These two films and others (though not all) are available for viewing on YouTube and Vimeo, and I challenge you to a minor New Year's resolution to watch and enjoy them along with me.

And now, Happy New Year to my friends and readers around the world!